The Open Panzer project is working on their own version of a sound card. The sound card is in beta-testing and is NOT available for purchase yet.

The instructions on this page apply to use of the sound card in combination with the TCB (Tank Control Board).

The sound card can also be used in stand-alone mode when controlled directly through standard RC signals but the instructions for that application are different. For instructions when using the sound card in RC mode without the TCB: Click Here 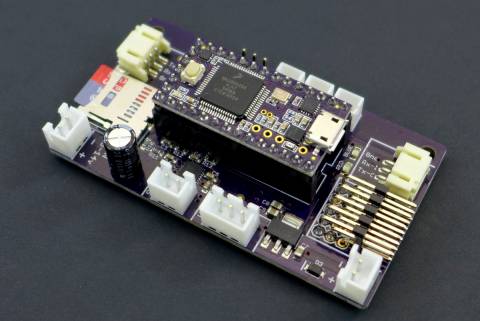 The sound card is actually made up of two components. First, a PJRC Teensy 3.2 is used as the onboard processor. The Teensy is then plugged into a socket on our custom carrier board that adds a Micro SD card slot (max 32 GB), a Maxim 9768 10 watt mono amplifier, and headers for external connections. 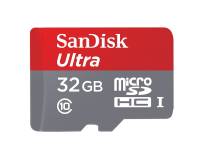 Not all SD cards are created equal. To get reliable simultaneous sound performance, we recommend using SanDisk Ultra SD cards such as these. They can be any capacity up to 32 GB. Format should be FAT32.

Connection with the TCB 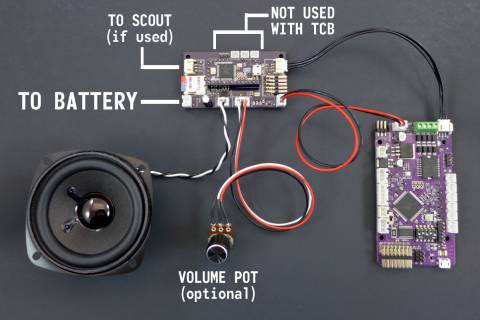 The only other connection required is obviously the speaker. A potentiometer can also be attached to control volume, but volume can also be controlled from your transmitter.

When used with the TCB the servo output and the three light outputs on the sound card are not used for anything (the TCB has its own light and servo outputs instead). The five RC input connections are also left unused.

Mounting holes on the sound card board match the spacing of the TCB holes.

The sound card has two status LEDs, one blue and one red. On startup, the red LED will blink rapidly if unable to read the memory card, otherwise it will blink slowly until an input signal is received, either from the serial port or an RC channel. Whichever type is detected first is the mode the sound card will use until the next reboot. Once a signal is detected the red LED will turn off.

If a memory card error is indicated, turn off power to the device. Check to make sure your memory card is present and inserted all the way, and that sound files on the card are in the correct format and named correctly (see the table below for file names).

So long as the input is active the blue LED will remain solid. If in RC mode and connection is lost on all 5 channels, the blue LED will blink rapidly. If in Serial mode the blue LED may blink slowly if no command has been given for a length of time - this is not an error, it simply indicates idle status.

When the sound card is powered up with a jumper attached to RC input 1 such that the signal pin is held to ground, it will enter a test routine. During this mode the device will sequentially play in full each sound that it finds on the memory card, or at least each sound that it knows to look for (see the full list below). Debugging information will be printed out the USB port while this occurs. When every sound has been played it will start over from the beginning and repeat this process continuously until the jumper is removed. This can be useful in identifying which sounds the device thinks it can find, and whether they sound as you expect, etc…

The sound card requires basically no configuration when paired with the TCB, other than adding your desired sounds to the memory card. The sound card identifies the function of each sound by its file name, so you must name your files exactly as shown in the table below. Note we are limited to the 8n3 format, meaning file names cannot exceed 8 characters. You do not need to include every sound, any that are omitted will simply be ignored by the sound for that function.

Sound files must be saved as 16 bit 44,100 Hz WAV files. It doesn't matter if the files are in mono or stereo format, but since the card can only drive a single speaker any stereo files will be output as mono.

Turret rotation, barrel elevation and machine gun sounds have a repeating portion that will loop continuously so long as the effect is active. But you can also specify optional lead-in and lead-out sounds that will play once at the beginning or end of the sound effect. Again these are optional and can be omitted if desired.

Some parameters can be adjusted via OP Config on the Sounds tab, including relative volumes, squeak intervals, and the loop behavior of the two sound banks.