The TCB is compatible with Taigen/Asiatam high-intensity flash units (TAG120620), but the plug must be changed from 5-pin to 3-pin. The operation is very simple and requires no soldering, but you will need to obtain a 3-pin JST-XH plug (JST Part No. XHP-3). These plugs are frequently used as balance connectors on Li-Po batteries and can obtained very cheaply on the internet (just search on eBay).

The pin order remains the same as the stock wiring, we simply need to move each pin to the new connector.

After the conversion you can discard the 5-pin plug as you won't need it. Plug the 3-pin plug into the FLASH connector on the TCB.

The default setting is to have the flash unit automatically triggered whenever the Cannon Fire function occurs. However, for non-standard applications you can separate the flash unit from the cannon fire by un-checking the Trigger with cannon option on the Lights & I/O tab of OP Config. In that case a new function named High Intensity Flash will appear in the Function List. It can then be assigned to any trigger independent of the cannon event.

Note: Want to use a regular LED for your muzzle flash instead? Connect it to the Aux Output connector (with a suitable resistor inline), and under the Aux Output settings on the Lights & IO tab of OP Config, check the “Auto Flash with Cannon” option. 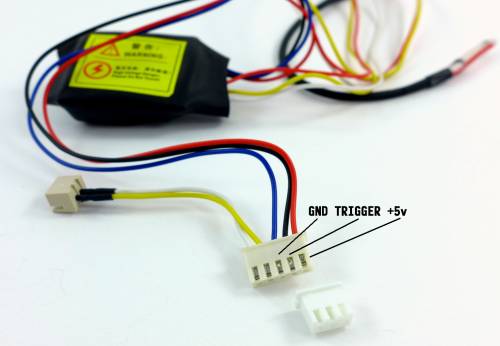 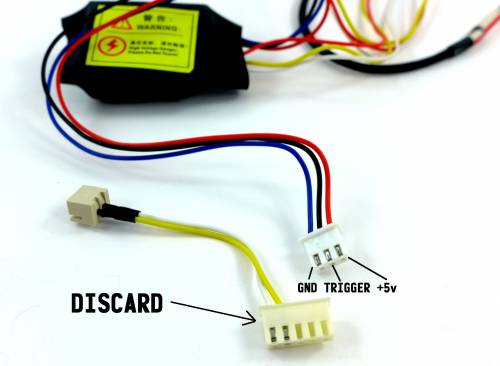 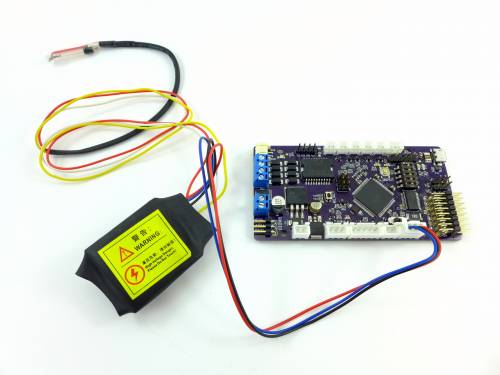 Connect the modified unit to the FLASH port on the TCB.
wiki/tcb/tcbinstall/hiflash.txt · Last modified: 2017/02/08 02:11 by opadmin
Sitemap
AdminLog InBack to top